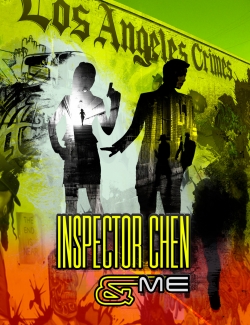 A Case of Two Cities is one of the 10 Inspector Chen novels written by Qui Xiaolong which have sold over 1 million copies and have been translated into 20 languages worldwide.  Inspector Chen Cao of the Shanghai Police Bureau collaborates with U.S. Marshall, Inspector Catherine Rhon, to end a corruption ring that spreads from China to the Unites States and back again in this fascinating procedural crime drama.

The novel is also the premise for an international coproduction television series being developed by Keller Entertainment Group called Inspector Chen & Me.  Inspector Chen, the quirky poet and Chief Inspector of the Shanghai Police Bureau joins forces with sexy and tough CIA Agent, Catherine Rohn, to fight corruption and terrorism in a weekly battle that takes them from Shanghai to Los Angeles and back again.