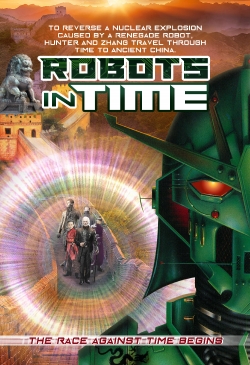 ROBOTS IN TIME. To reverse a nuclear explosion caused by a renegade robot, Hunter, Li Zhang and their team must travel through time to ancient China. The film is set in futuristic Los Angeles 2123 and the team must travel back in time to the year 1290 to Khanbaliq (the city which is later renamed Beijing) to the era of Kublai Khan and Marco Polo to capture the robot named Civitas to reverse events which occured in the year 2123.  The film is based on Robots in Time: Emperor, one of the 6 Robots in Time science fiction novels written by William F. Wu. 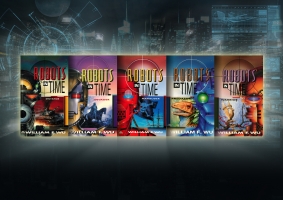